Use the video and step-by-step drawing instructions below to learn how to draw Walt Disney's Peter Pan. A new cartoon drawing tutorial is uploaded every week, so stay tooned!

Intro: Start drawing Peter Pan with a pencil sketch. In the beginning stages, don't press down too hard. Use light, smooth strokes for sketching.

Step 1: To draw Peter Pan, start with an egg shape, which will be the basic shape for Peter Pan's head. Draw it closer to the bottom of the page to leave room for Peter Pan's hat, which you will draw later. 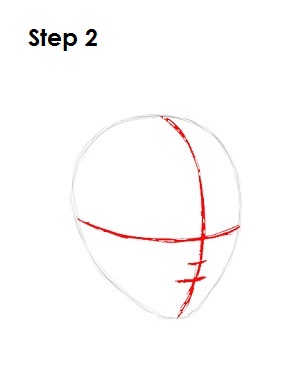 Step 2: Next, draw two intersecting lines across Peter Pan's head shape, one vertical and one horizontal. Give these lines a slight bend to contour to the shape of the head. Draw another smaller horizontal line between the first and the bottom of the egg. Draw an even smaller line between those lines. These will be construction lines that will help you place Peter Pan's features later on. 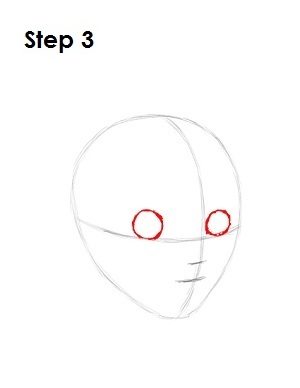 Step 4: Draw the basic shape for Peter Pan's ear. The ear shape, which looks like the letter C, starts on the left side of the horizontal construction line and ends low on the side of his head. Step 5: Now draw the guide for Peter Pan's hat. It's a big triangle; its base stretches from the top of his ear to the top of his head and points to the upper left corner of the paper. Draw the triangle so it kind of looks like a slice of pizza.